The Earth Rangers Centre and its’ partners have won numerous accolades for how the building was designed, upgraded and operated. From the 2006 Gold certification under LEED for New Construction to data centre awards and the most recent 2012 Platinum certification under LEED for Existing Buildings, we continue our efforts to showcase why every building should be green.

A leader in energy efficiency, the Earth Rangers Centre is honoured to have been recognized by the CaGBC Greater Toronto Chapter with an Innovation in LEED for Existing Buildings Award. These awards recognize projects and individuals that demonstrate advancement in the green building industry in Southern Ontario.

The ERC was awarded the Building Performance-Lowest Energy Use award for buildings under 250,000 sq. ft. with an EnergyStar score of 100. A rating of 100 shows that the ERC is among the highest performing buildings in Canada. The Race to Reduce challenges Toronto region office building landlords and tenants to work together to reduce energy in their buildings and to reduce total energy usage by at least 10 percent over four years. 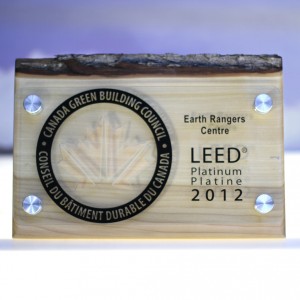 With a score of 92 of a possible 110 points, the ERC has attained a Canada best score under this certification that rates the actual performance on the building on an ongoing basis. Everything from office purchases and energy efficiency to waste diversion were measured and recorded, proving that the ERC is being operated at even higher levels of efficiency than its design levels. 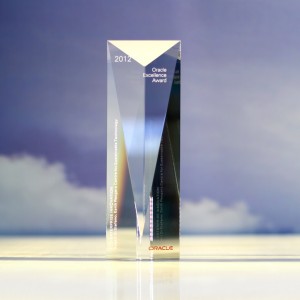 Selected from amongst Oracle’s partners and customers, Earth Rangers was selected based on the extent of the environmental impact of the business efficiencies achieved through the use of Oracle products. The Pillar Axiom storage solution chosen for the ERC data centre is helping us to meet our growing data storage needs without sacrificing energy efficiency. 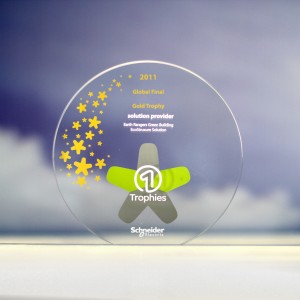 The ONE Trophy campaign is an internal Schneider Electric competition that showcases key projects that support Schneider’s business integration efforts. These efforts are divided into three focus areas: One Team, One Solution Provider and Planet & Society. Schneider Electric Canada submitted the ‘Earth Rangers EcoStruxure Green Building Solution’ project as a contender for the One Solution Provider Trophy. The project involved integration efforts to combine energy metering, information systems, and building automation into a comprehensive, usable and engaging energy management solution for the building and its occupants.

There were a total of 354 entries for the ‘One Solution Provider’ category globally, with 16 entries from North America, and the ERC and Schneider Electric Canada team won this category! 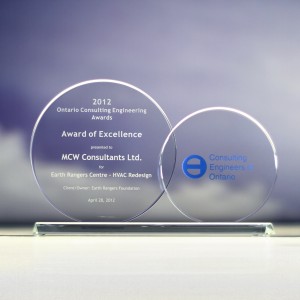 Each year the Consulting Engineers of Ontario (CEO) recognize the best consulting engineering work performed in the province. MCW Consultants provided the HVAC design and consulting services to help us attain LEED Platinum certification and to continue to increase our efficiency without compromising the comfort or health of our spaces.
Chosen from amongst CEO’s 220 companies that employ 20,000 Ontarians, this award showcases the tangible environmental and financial results that a building retrofit can achieve. 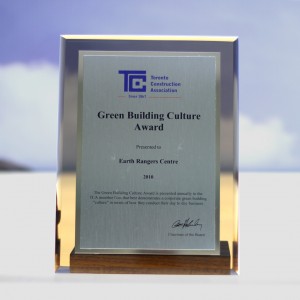 The Green Building Culture Award is presented annually to the TCA member firm that best demonstrates a corporate green building “culture” in terms of how they conduct their day-to-day business. The recipient is an industry leader whose actions inspire environmental sensitivity and encourage a “green building culture”. 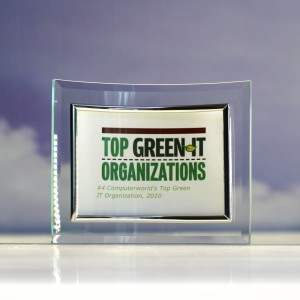 Computerworld’s third annual Top Green IT Organizations awards showcased the achievements of 12 IT departments that are reducing power demands and using technology to create energy efficiencies. The top 12 were chosen from a group of nearly 100 applicants, each striving to find new ways to reduce energy consumption of their IT equipment and use technology to conserve energy. Earth Rangers finished fourth, behind Pricewaterhouse Coopers LLP, Citigroup Inc. and State Street Corp.

2010 InfoTech Quest for the Smartest and Greenest IT: Canada’s Greenest IT Department 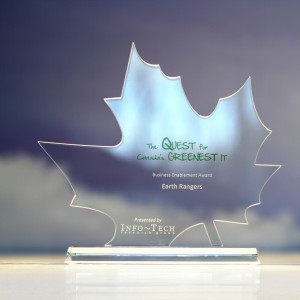 After a four month coast to coast search, the Quest for Canada’s Smartest IT announced the winners of Smartest and Greenest IT departments in Canada. Our IT department chose to virtualize instead of adding racks of servers to the data center. Because of this one decision, we have saved nearly 85% in energy costs. This translates to 100,000 kilowatt hours per year, drastically reducing the carbon dioxide output of the data center. 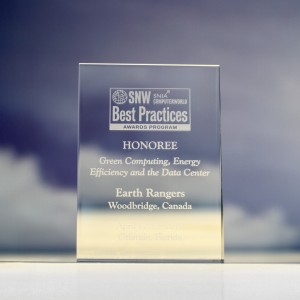 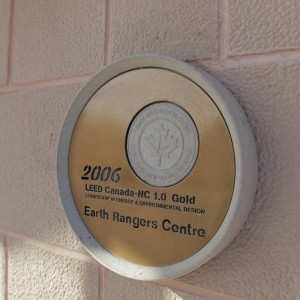 The Earth Rangers Centre was designed in an integrated fashion, with Architect Bautech Developments implementing an energy concept from Transsolar EnergieTeknik of Germany. The LEED for New Construction certification proves that this integration resulted in a high performance green building that would keep its occupants healthy and comfortable while mitigating its environmental effects. 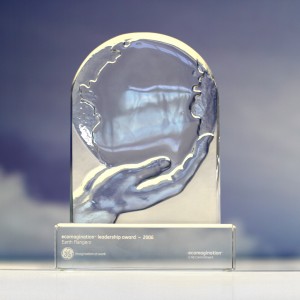 Recognizing Earth Rangers’ leading example of how advanced wastewater treatment technology can reduce demand on potable water supplies and preserve environmental health, General Electric Water & Process Technologies presented the facility with a 2006 Global Ecomagination Leadership Award. Fewer than one per cent of GE’s clients qualify to receive the Ecomagination award, and Earth Rangers is only the second in Canada to receive the award from GE Water & Process Technologies in 2006. 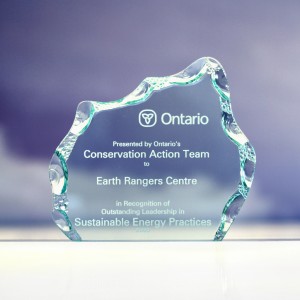 Led by Donna Cansfield, Parliamentary Assistant to the Minister of Energy, the action team engaged stakeholders from a variety of sectors across the province to seek out and promote the best in conservation ideas and practices. The Conservation Action Team was comprised of Parliamentary Assistants from nine Ontario government ministries responsible for a broad range of policy and program areas. The Earth Rangers Centre was named a recipient of the Outstanding Leadership in Sustainable Energy Practices in 2005.