The Earth Rangers Centre features many green building technologies – some save energy, some reduce our impact on water resources and some reduce the facility’s impact on the surrounding habitat. Few green building strategies provide benefits across all of these categories, with the exception of the green roof – and few cause more debate about their benefits, from economic to social and environmental.

Our facility features a three section green roof, with a total area of about 10,000 square feet. We’ve had our challenges with our green roof, as with some of our other technologies and systems as we learn how to get the best results.  As an example, we had a large section of green roof particularly affected during the summer of 2011, when we had very little rainfall.  To remedy this, we installed a simple irrigation system, which uses non-potable water reclaimed from our treatment system and the roof itself, to allow us to irrigate the roof during periods of prolonged drought. 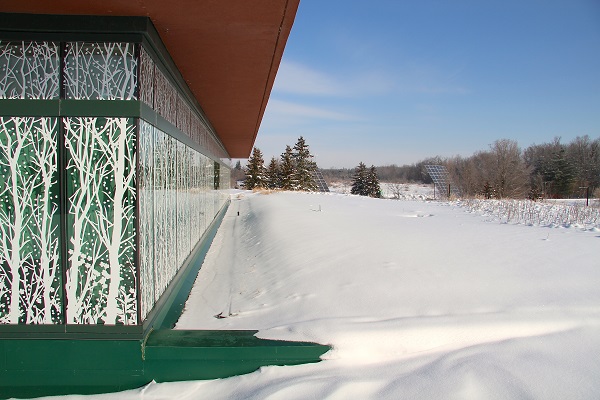 About a year ago Bart Danko, a Masters of Environmental Science candidate, approached us about a film he was developing for his thesis. The subject was green roofs, and its aim was to showcase the benefits and encourage others to adopt this system in their own buildings.

His film, Terra Communis, premiered last week at York University’s Focus on Sustainability Film Festival, and we’re excited to have had the opportunity to participate. You can view the film in its entirety below, and we encourage support for Bart’s efforts to get municipalities to more widely adopt green roofs.