Author: Canadian Institute of Plumbing and Heating courtesy of the World Plumbing Council.

Ever since the first sewers were built in Iraq in 5000 BC, the first sanitary systems were constructed in India around 2500 BC and much later when the Romans built their famous aqueducts, plumbing has had a remarkably enabling and ennobling effect on human endeavour and progress. When the Romans first developed their aqueducts there were approximately 55 million humans on the planet, less than 1% of the 7 billion or so humans alive right now. Global population has more than tripled over the last 70 years but freshwater use has risen at least twice that. 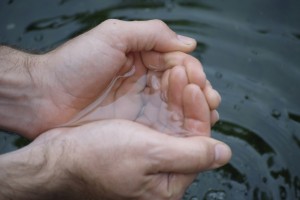 When we talk about a global water crisis, we are not crystal ball gazing about a hypothetical future – it’s here and now.
The United Nations says that more than a billion (that’s one in six) humans are already living with severe freshwater scarcity.

As nations develop their demand for water rises rapidly. Availability of fresh water is acknowledged as one of the strongest determinants of economic prosperity and hence political stability.

Lack of water is, quite simply, keeping billions of human beings poor, sick, uneducated and ill-governed.

Clean water is not a luxury, safe clear drinking water and sanitation is possible in any nation, big or small, when simple, sound plumbing practices are adopted. The two major trends of the 20th century, population growth and urbanization, coupled with increasing globalization of the 21st century, pose some real challenges to our global communities in ensuring the integrity of plumbing systems.

Whatever the technology, locality or culture involved – quality water supply and sanitation are constant fundamentals of a healthy human society in both the built and natural environments. Technology may change, and cultures may evolve but this fact of life will not. To live together in the world, humans need plumbing…and of course plumbers.

Plumbers sit at the cusp of this tenuous balance between our water demands and the need for environmentally conscious usage. As an industry, plumbers are critical for implementing and maintaining new technologies that facilitate using water in ways that are environmentally responsible. Such new approaches to water usage include conserving through implementing low flow faucets and toilets as well as reusing water through rain barrels and sewage water recycling.

To acknowledge this industry’s contributions towards protecting our health and the planet’s, we are celebrating World Plumbing Day on March 11. Share this date with your friends and family to raise awareness about the importance of water protection and acknowledge the work that plumbers do to protect this valuable resource.